Phosphate group in DNA is the reason for negative charge

The presence of phosphate groups in nucleotides.

A nucleotide consists of a sugar phosphate backbone and a nitrogenous base.

In DNA double helix, the two strands are joined together by hydrogen bond between nitrogenous bases.

What is phosphodiester bond? 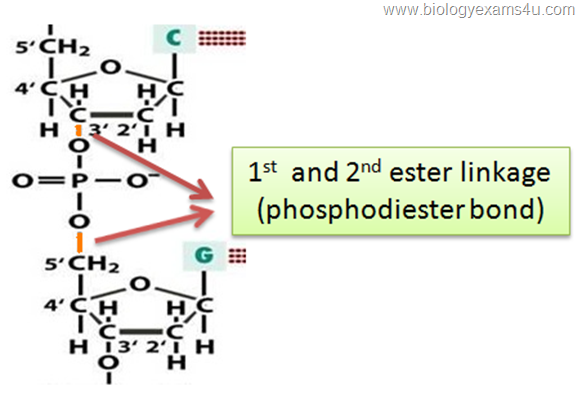 Why phosphates in DNA?

In DNA, the nucleotides are joined through phosphate forming phosphodiester bond. The characteristics of phosphate that makes it a perfect molecule for bonding include: