An astronaut wakes up in a spaceship, with no memory of how she got there. Sitting alone in a chair, she wonders: “Where in the universe am I?”

The ship has no windows. Its instruments are dead. The only clue is the push of the chair against her body. Phew, there’s gravity, she thinks. Her vessel must still be on Earth.

But then a second possibility occurs to her. The ship could be accelerating through space, pressing her into the seat like a race car picking up speed. From inside the vessel, there is — terrifyingly — no way to tell.

This spacefarer’s dilemma would have been familiar to Albert Einstein. His 1915 general theory of relativity built on the notion that gravity and acceleration are not just easily confused, but are one and the same. This equivalence, “the happiest thought” of Einstein’s life, was his starting point for redefining gravity.

General relativity grew out of Einstein’s theory of special relativity, which describes how the speed of light (in a vacuum) can always be constant.

According to relativity, anything that can happen inside of a box picking up speed — i.e., accelerating — also happens in the presence of gravity. Imagine, for example, a horizontal laser inside an elevator that’s accelerating upward. As the light travels sideways, the elevator rises, causing the beam to strike a spot on the wall slightly lower than where it started. If the elevator accelerates quickly enough, the beam visibly bends toward the floor.

Einstein showed the same thing happens to a beam inside a stationary elevator within a powerful gravitational field; the gravity bends the light. Similarly, he expected a beam of starlight should bend when passing through the sun’s gravity. This prediction proved correct when the stars moved during the 1919 solar eclipse.

Relativity describes why a clock on a satellite ticks a few dozen microseconds faster than a clock on Earth; without accounting for that discrepancy, GPS technologies wouldn’t work.

To link acceleration and gravity in this way, Einstein overthrew one of his own heroes: Isaac Newton. You may have learned that Newton described gravity as a force, an invisible rubber band that pulls together objects with mass. Newton’s math did a good job at predicting how everything from projectiles to planets moved — but it kept gravity separate from acceleration.

Einstein argued that gravity isn’t a force at all. He described it as a curvature of time and space caused by mass and energy. Confused? The German physicist was, too, and he struggled with the theory for nearly a decade. He got help from mathematician Marcel Grossmann, an old friend who shared his notes when a young Einstein skipped class.

Their math, laid down in 10 equations, explained how gravity could move around objects via a warped reality, accelerating without ever feeling any mysterious Newtonian forces.

An apple feeling no force usually stays in the same place (left). But when gravity curves space and time (right), as Einstein's general theory of relativity predicts, the fruit winds up on the ground without feeling a force. (Credit: Alison Mackey/Discover; Collage elements: Envato Elements, Vanatchanan/Shutterstock)

The main takeaways behind Einstein’s general theory of relativity:

1. Time and space are neither flat nor fixed; they are curved and distorted by mass and energy.

2. Gravity is not a force, but rather a distortion of time and space. 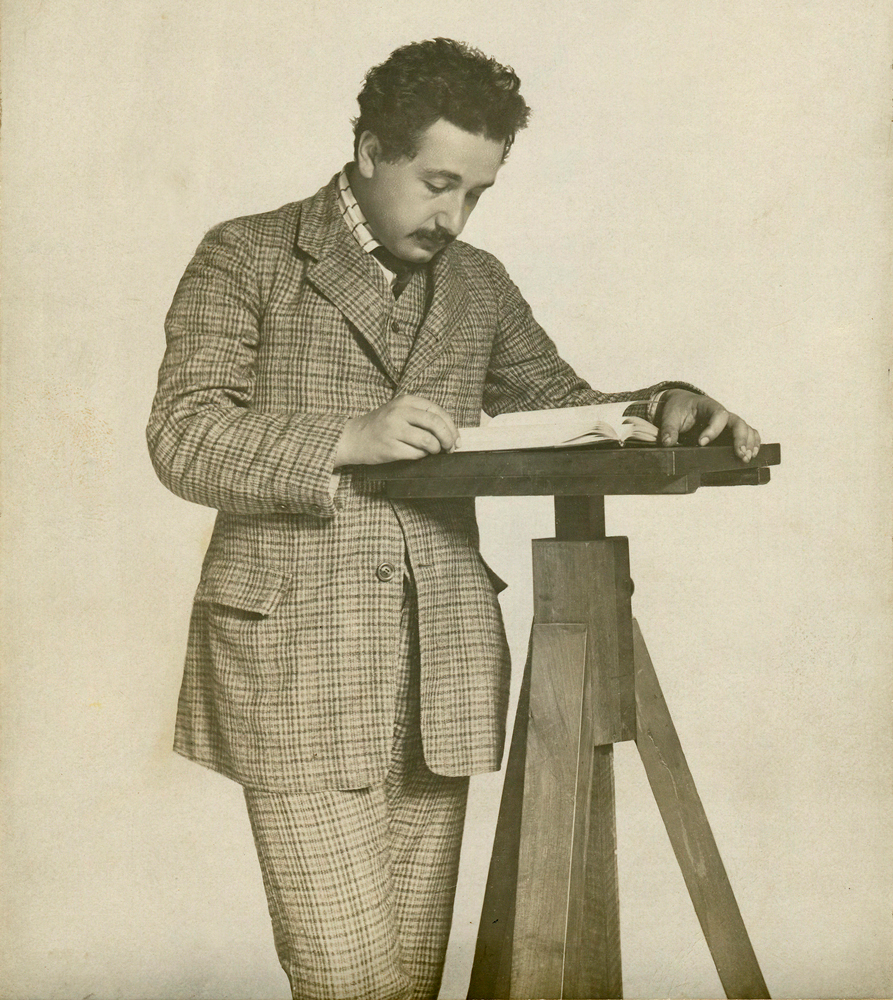 Einstein's inspiration for general relativity struck while he was a patent clerk in Switzerland in 1907. (Credit: Heritage Image Partnership Ltd/Alamy Stock Photo)

Relativity makes numerous bizarre predictions, many of them experimentally verified. They only seem bizarre because we don’t notice them in our daily lives — we live, for the most part, in Newton’s reality. But beyond that lies Einstein’s universe, where gravity bends space and time to its will. Here are some of the theory’s strangest side effects:

[This story originally appeared in print as "It's All Relative."]