Why Can't We Be Friends?

Eastern grey squirrels are the host of many parasites including fleas, mites, deer ticks, and roundworms. Fleas and mites burrow into the squirrels fur and skin and lay eggs. When the eggs have hatched the larvae make their way into the hair follicles on the squirrels coat while they metamorphasize (develop) into nymphs. While these parasites aren’t necessarily life threatening, infested species have an increased probability of contracting more disease because of a weakened immune system. Then, in the case of high stress, famine, cold winter, reproduction, or overpopulation the squirrel may not be strong enough to survive. 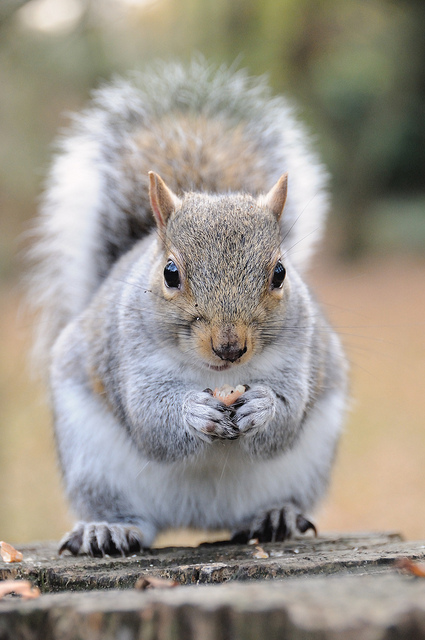 They are also at risk for diseases including rabies, mange, Squirrel pox, and Rocky Mountain spotted fever.  Squirrel Pox, is a virus carried by Eastern Grey Squirrels, yet because they have developed immunity to it, they rarely die from it. However, this is a huge problem for the Red Squirrel because it is very hard for them to survive the disease. The mortality rate for untreated squirrels is 100%. The majority of Red Squirrels infected with the virus die two weeks after they are infected by it. Unless it is discovered very early, treatment is often useless. The disease is often transferred by mosquitoes carrying infected blood from an Eastern grey squirrel. This disease is one of the major reasons for local extinction of red squirrels in locations where Sciurus carolinensis has been introduced and the two different squirrel populations overlap.

Predators of the Eastern grey squirrel include many bird species including Northern Goshawks, Red-tailed hawks, and  Broad-winged hawks. In some cases, this organism is also preyed on by Barred owls or Great horned owls. Larger predators include animals like foxes, coyotes, and domestic dogs and cats.

The biggest interaction is between the Eastern grey squirrel and man. Man is this species most common and most dangerous predator. Squirrels are killed by humans to be used for fur and food. Additionally many people hunt squirrels for fun, or because they are causing damage to their house or yard. Besides these two thing, many squirrels are killed every year when they are hit by cars. 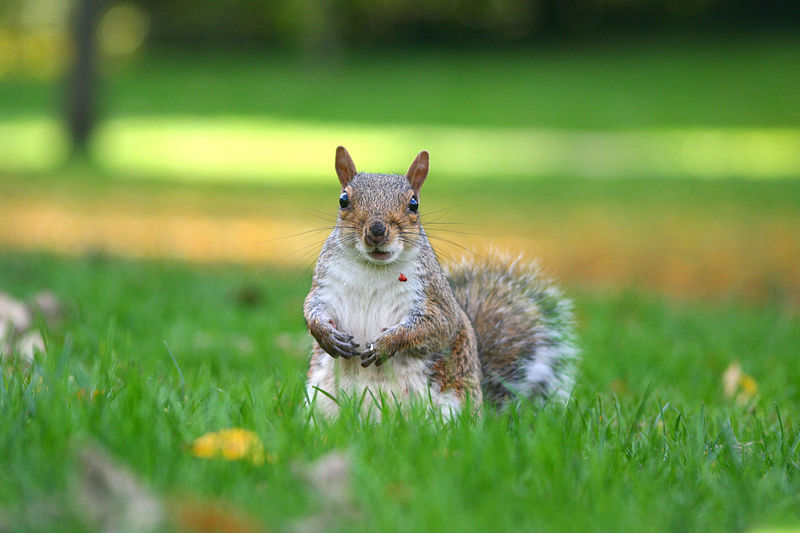 Now that you learned a little bit about the interactions of this species, visit the fun facts page, or return to home.