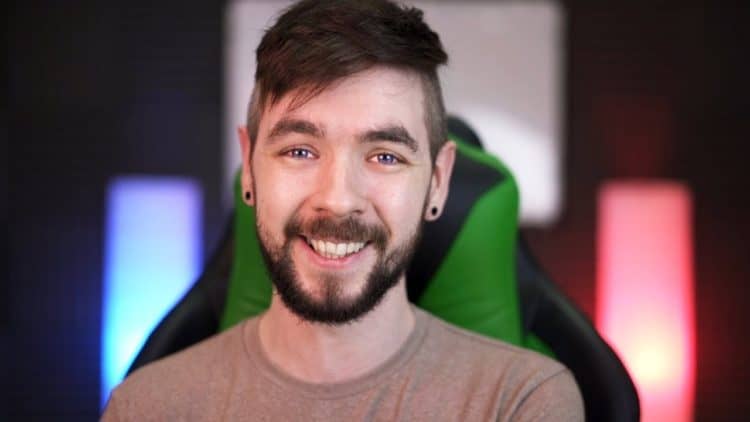 Jacksepticeye is an Irish actor and Youtuber who was born as Sean William McLoughlin on February 7, 1990, in Ballycumber, County Offaly, Republic of Ireland. He is best known for his comedic series and vlogs called ‘Let’s Play’. This has led to him becoming one of the most famous YouTubers in Ireland. In fact, with 22 million subscribers, he is the most-subscribed channel in Ireland. Despite his online fame, there are many things that people do not know about him. Here are 10 interesting facts that you probably didn’t know about Jacksepticeye.

1. There Is a Story Behind the Name ‘Jacksepticeye’

Jacksepticeye is not just a name that this YouTuber made up for his channel, it was already his nickname, says Gameboy Review. Although he is called Sean, his mother always called him Jack as a child. His friends picked up on this and also began to call him Jack. One day, he was playing soccer in the position of goalkeeper. A player headed the ball and accidentally caught Jacksepticeye’s eye with his glasses, leaving him with a large cut that got infected. This led to him being called Jack Septic Eye, which then became Jacksepticeye.

2. He Once Lived in a Wood Cabin

He grew up in the Irish countryside with his parents, two older brothers, and two older sisters. When he was older, he moved into a log cabin next to his parents’ home rather than moving away from home completely. Since becoming a millionaire, has been able to move into much better accommodation, and he now lives in Brighton, England.

3. He Almost Went into Hotel Management

Jacksepticeye did not initially intend to become an Internet sensation. He first went to college to study music technology. However, he realized that it wasn’t for him and did not finish the course. He then decided that he might like to work in the hospitality industry and embarked on a course in hotel management and successfully completed his hotel management degree, says Quote TV. However, his YouTube career took off and he didn’t need to work in hotels.

One of Jacksepticeyes talents is playing the drums, and he was once in a band. He was the drummer for ‘Raised to the Ground’, which was an Indie metalcore band. The band released only one EP in 2009 called ‘Raised from the Ashes’. Playing drums in now only a hobby and he hasn’t pursued a further career in the music industry.

5. He has Dated Fellow Vlogger Wishuu

Jacksepticeye’s most serious relationship was with vlogger and digital designer Signe Hansen, who uses the name Wishuu professionally. They dated for several years and even lived together for a while. Sadly, it didn’t work out and Jacksepticeye announced their split in October 2018, saying that ending the relationship wasn’t an easy decision. He has not spoken publicly about any other relationships.

6. He Has Done Live Tours

Like many other YouTube stars, Jacksepticeye has realized that it is important not to put all your eggs in one basket and to have several sources of income. One way that he has diversified is to do live tours, says SVG. To expand his reach and earn more money, he has done tours of both Europe and the United States. The European tour was a collaboration with Arin Hanson and Dan Avidan, and the tour was called ‘Ready Player 3’. The tour covered cities including Dublin, London, and Amsterdam. The second tour, called ‘How Did We Get Here?’, was a solo tour of the United States.

7. He Has Provided Voices for Video Games

8. He Has Helped to Raise Money for Suicide Prevention

Jacksepticeye has raised a lot of money for suicide prevention, and his kind actions were inspired by the irresponsible actions of another YouTuber. Logan Paul, another YouTube star, filmed a dead body found in the Aokigahara forest in 2018. The forest is also known as suicide forest, as there are many cases of people taking their own lives at this location. Jacksepticeye responded by organizing a charity stream for the American Foundation for Suicide Prevention. This led to more than $200,000 being raised for the charity. Raising money shows that Jacksepticeye has a kind and generous personality.

9. He Has a Huge Social Media Following

It is not only his YouTube channel that has millions of subscribers, as Jacksepticeye also has a huge following on social media. On his Instagram account, Jacksepticeye has 6.1 million followers and this is a figure that continues to grow as he raises his profile. He uses this account to post pictures of himself working or out and about with friends. His Twitter account has 5.21 million followers, which shows how popular he has become.

It is estimated that Jackseptic eye now has a personal net worth of $16 million. He has made most of this money through his vlogs on YouTube. It is believed that he earns around $300,000 per month from his YouTube channel, making him the 8th highest-paid YouTube star in the world. To earn this money, he produces around two videos each day, and he now has thousands of gaming videos online. The combined views of these videos are in excess of 10.4 billion views. He has also made some money from providing voices for video games and from his live tours.