Which part of Asia are we talking about?

As an Asian of Chinese descent myself, when you mention the word “Asian” I noticed that most people outside and (even) inside Asia continent would jump into the “East Asian” look. This means people would talk about the oriental kind of Asian, comprised mostly by Mongolians, Chinese, Koreans and Japanese. Although it’s understandable that people tend to define things this way if you look briefly at history, I think it does other kinds of “Asians” injustice this way, as we have very diverse people living here in Asia which I will elaborate to you now before I get to the core answer.

What kind of people can be considered “Asian”?
Apart from East Asians—as the kind of Asian usually pops up in someone’s mind when they hear the word—we also have other parts of Asia with very differently looking people from each other. What’s interesting about Asia is that, since the people are generally very diverse and with the landmass geographically act as a junction to other continents such as the Africa, Europe and Oceania, when you look at the bigger picture you could eerily see a “gradient” of looks of the people on their respective geographical location, which seem to depend highly on their adjacent areas. This is certainly an interesting thing to look at if you’re looking to study some biological background of ancestors of different kinds of people here.

Geographically, Central Asia is comprised of people in Kazakhstan, Uzbekistan, Tajikistan and surrounding areas around there. Then you have West Asians which include people from Iran, Iraq, Afghanistan, Turkey and the surrounding areas. While South Asians comprised of Bangladeshi, Indian, Sri Lankan, Pakistani and beyond. Lastly, when it comes to Southeast-Asians, you would have Filipinos, Malaysians, Indonesians, Cambodians and others. 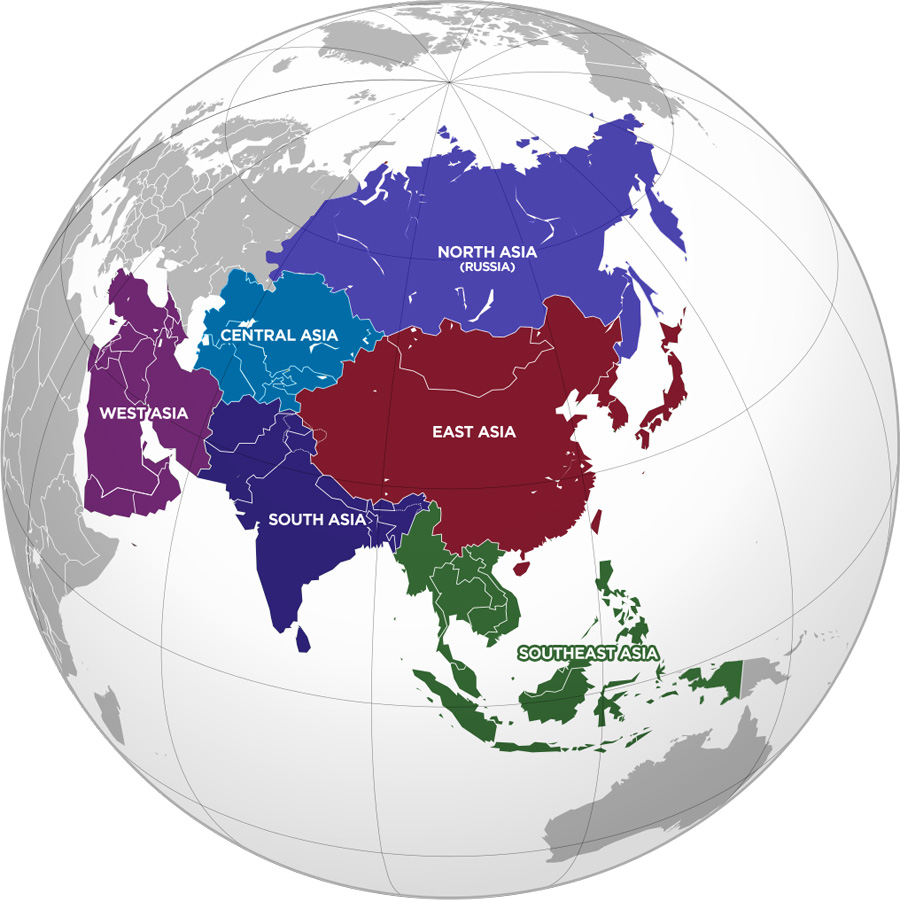 Generally speaking, it is true that since Asia is a huge continent, the word “Asian” could mean different things depending on where you are and (even) the time/era it is spoken. The way I look at it, it seems to me that this is caused mostly by the social aspect of it, such as the kind of Asian that is more apparent or abundant inside a community or nation, or the general perception showcased on the media, like the kind of Asian show up on TV more often, and how they’re being called. For example, I’ve noticed that in many US English media, Indians are often called by their nationality, not by their land of origin, which is South Asia. While on the other hand, the East Asians would often be lumped together inside the word “Asian” mostly because some of historical backgrounds which you could take research on yourself. So, depending on where you live, things might be different.

It is also good to note another point that “Asia” as a continent is defined rather organically over time by a long-standing geographical/political background[4]. This makes Russians placed in a very awkward position, since while they biologically belongs to the Slavic category with very “western look”, they could technically be included as “Asian” as well if you’re taking into account solely on the fact that they belong to the landmass of the Asia continent. But it is noticeable not many people actually address Russians/Slavs as Asians, so depending on which perspective you’re seeing this from, things are indeed rather confusing. Anyway, getting to the core answer.

Asian Facial Features and Beyond
If you’re talking about noses of Asians, well, the more Northern/Eastern you go, noses become smaller and funnier-looking. They’re not necessarily small, but they can be on the shorter side. Some people have “wide” noses as well. But that’s it; wide in shape, but not so much on the nostrils. East Asians also have the lightest skin colors among other Asians, although there are still those with darker skin colors as well.

Central Asians on the other hand are probably the most interesting bunch among Asians of other regions. The fact that they’re on the crossroad of other regions such as South Asia, West Asia, East Asia, Eastern Europe and Russia seems to have huge influence on the overall look of the population. This makes the people inside the region have very mixed looks, as they’re probably the “hybrids” of people of all the surrounding areas. So I would say that it’s tough to pinpoint exactly how the average people of this region look like. 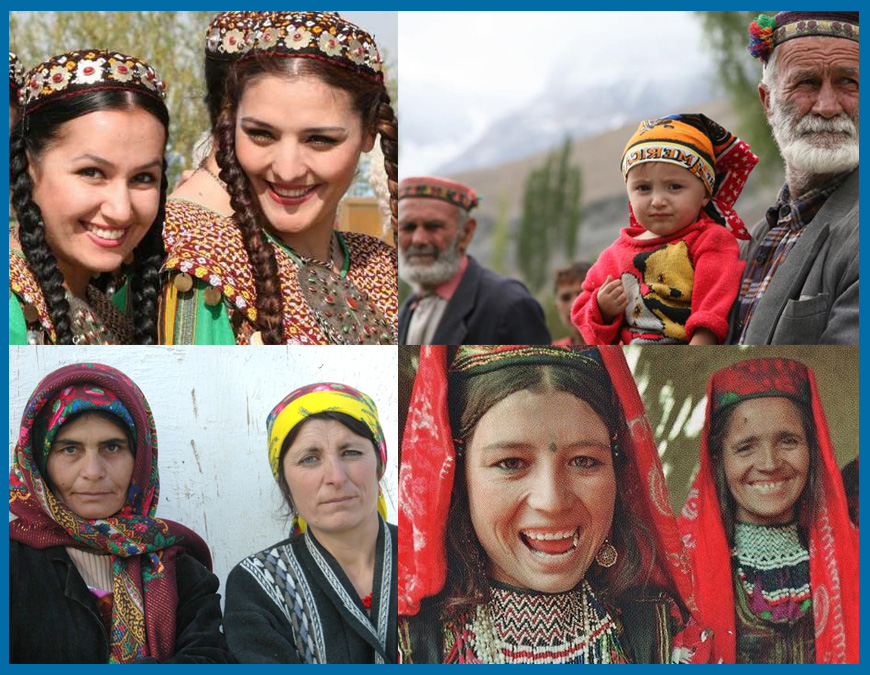 Western Asians (or Middle-Eastern) also have quite exotic looks in general, with stronger and sharper nose features compared to other Asians. This is because the area is relatively close to the Middle-East (or inside it, depending on how you look at it) on one side (Afghanistan) and Eastern Europe on the north (Turkey), made most of the people in this region look categorically Middle-Eastern/Persian (the ones closer to Africa) while some of them seem to retain some distinct looks coming from the Southern areas of Asia (India, Pakistan).

Southern Asians, like their western counterparts, have longer and stronger nose features compared to the rest of the people in Asia as well. Their noses’ shape is comparable to those in western countries. However, their skin colors are generally darker than other people in other region of Asia, although the ones closer to the Middle-East/Central Asia seems to have lighter shades of color compared to the ones on the southern area of the region. 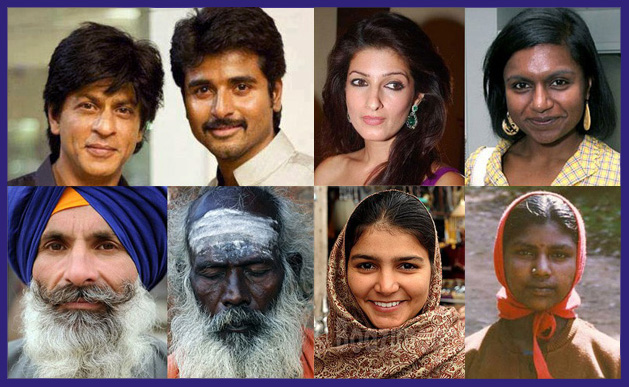 Finally, Southeast Asians on the other hand have more diverse look than any other part of Asia. This is arguably caused by the general nature of the region being an archipelago, with the northern part of the region being close to north/east Asia and the other south-eastern end of the region (Papua islands) was practically part of the landmass of the Oceania continent before the land was separated by a stretch of sea after the Ice ages. This is why when you go further southeast, you could find people with looks very close to Australian Aboriginals (right-bottom image).

Again, while the question’s premise is understandable, it is good to keep in mind that Asia is a big continent with very diverse people. So when it comes down to it, there’s no way you can paint such a big brush with the word “Asian”.

Updated 20 August 2018: Updated with color-coded continental orthographic projection, more elaborate explanations about the definition of Asia and Asians and added people from region of Central Asia and West Asia that were missing on the original writing. This is also partially done as a celebration of the Asian Games 2018 that currently is running in my city Jakarta and Palembang. I think it would be so much better this way as I don’t want to leave anyone out.

Thank you for your support to the answer so far.